Embedded video
11
11:16 AM - Feb 20, 2020
Twitter Ads info and privacy
18 people are talking about this
Rhondda AM Leanne Wood has also shared photographs of the scene, adding: "The poor people in Pleasant Street in Pentre are getting it again. Awful".
Sorry, this content isn't available on your device.
Leanne Wood

Landslide inspections underway as residents speak of fears of 'another Aberfan'
Landslide
A number of landslides happened at the weekend following severe weather
Residents living close to mountains in the Valleys that were hit by landslides during Storm Dennis have spoken of their fear at what happened.

Immediate inspections of the old coal tips on the mountains in the Rhondda are underway as people living close to them told ITV News they are concerned a more serious incident could happen.

One landslide which was captured on camera in Tylorstown shows coal dramatically tumbling down the mountain.

Several others are believed to have occurred at the weekend including on the mountain road from Blaenllechau to Llanwonno.

Play Video
Gerald Durham witnessed the landslide happening in Tylorstown on Sunday and told ITV News it reminded him "immediately" of the Aberfan disaster.

Gerald Durham landslide eye witness
Gerald Durham witnessed the landslide on Sunday
In 1966, 144 people, including 116 children, were killed when a colliery spoil tip slide down the mountainside into a local school.

Aberfan
The avalanche of coal waste wiped out Pantglas Junior School and the surrounding houses in 1966
Gerald's father Cliff is a former coal miner and said the scenes also reminded him of Aberfan.

Residents evacuated following 'large' landslip in the Conwy Valley
Cliff Durham
Former coal worker Cliff said he thought of Aberfan 'straight away' when he saw the landslide caused by Storm Dennis
"I worked in a local colliery in Maerdy and as soon as I saw this, I thought of Aberfan straight away. "Believe me - you don't want to see that again.

"There's tonnes and tonnes of coal still around. The authorities should drill it so the water could go down but they can't leave it like that.

"They've got to take it away because it could come again."

"I think all these tips should be checked to see if there's any water beneath them.

"How safe are they? That's what I'm thinking. If that one in Wattstown comes down, it would be one hell of a catastrophe.

Picture-in-Picture
Fullscreen
The Coal Authority told ITV News they are not responsible for any of the sites that collapsed at the weekend.

Andrew morgan
The leader of Rhondda Cynon Taf Council told ITV News engineers are inspecting the sites where landslips have happened
"Engineers are on site right now. We will be carrying out inspections not just now but also going forward what is needed - establishing exactly who is responsible for this area is going to be key but if there is longer work needed, to ensure safety of the public and those properties, then I would expect it to be funded and we are in discussions with the Welsh Government about that."

Hundreds of people in the Rhondda area have also been forced out of their homes due to severe flooding. Cllr Morgan told ITV News an emergency fund will be set up to help those who need it.

"Later today I will be making the public aware we are setting up a recovery board - that will be in place tomorrow", he added.

"We will be making £1million of emergency funding available. Cost is not an issue at present - safety is paramount."

We have bad weather here in Wales, storm Ciara passed and now Storm Dennis.
Here is close to my home but I am safe.

Media captionStorm Dennis: 'I've never seen anything like it'
Homes have been evacuated with 80 flood warnings and two severe warnings in place across Wales following continued rain from Storm Dennis.

Properties have been inundated with water in Pontypridd, Taff's Well and Nantgarw in Rhondda Cynon Taff.

People have been evacuated from their homes in Monmouthshire and Neath with rest centres set up in Merthyr Tydfil.

A Met Office amber warning for rain is in place across most parts of Wales until 15:00 GMT.

Natural Resources Wales (NRW) has issued two severe flood warnings - which also means a danger to life - and covers the River Neath at Aberdulais and the River Taff at Pontypridd.

Some residents in Merthyr Tydfil are being evacuated as a precautionary measure, the council said.

In pictures: Storm Dennis brings flooding to Wales
Storm Dennis: Live updates across the UK
Flooded householder: 'It was really frightening'
Gwent Police has advised residents in Skenfrith, Monmouthshire, to leave their homes due to flooding.

And villagers in Tonnau near Neath, were evacuated by bus on Sunday morning.

Residents of Skenfrith are being advised to go to Abergavenny Leisure Centre, or "move to the upstairs of their property," Gwent Police said in a statement.

Traffic Wales has said many roads have been blocked by floods overnight.

On Saturday, the River Usk burst its banks at a number of locations in Powys, prompting advise from officials not to drive through flood water.

Rescues are being carried out in Crickhowell, where homes have been flooded.

Image Copyright @craig_thomas111@CRAIG_THOMAS111
Report
Image copyrightBRONWYN PHILLIPS
Image caption
Cars were submerged in flood water in Pontypridd
Katie Davies, who has been evacuated from her home in Whitchurch in Cardiff, said police knocked on her door at 08:00 to say residents "have to leave because the river has burst its banks".

"Our two cul-de-sacs of 15 houses have all been evacuated," she said.

"The houses on the other side have been flooded straight through.

"It came from nowhere," he said.

"To come down this morning and see it like this is quite shocking."

Huw Phillips Griffiths lives next to the river on Berw Road in the town, and said he was "very apprehensive" things could get worse.

His house stayed dry, but neighbours downhill were badly flooded overnight, he said.

"People's homes had up to about five feet of water overnight.

Image copyrightHARRY HENDRICKS
Image caption
Flood water washes debris onto a footbridge in Pontypridd
"Last night I saw a taxi floating down the road, with the driver trying to stop it.

"The wall on the river gave in, so I grabbed him as the car went down the river.

"He stayed with a neighbour last night and I think he left this morning. Where the cars have gone, I don't know."

She said: "We are urging people to heed advice from ourselves and emergency services.

"Our teams have been out day and night over the last 48 hours to reduce the risk to people and their homes.

"We have installed temporary defences to protect communities as much as possible, as well as deploying pumps, closing flood gates and supporting emergency services."

What areas are affected?
Image caption
Villagers in Tonnau near Neath were evacuated by bus on Sunday morning
A Met Office amber warning predicting severe rain is in place until 15:00 Sunday and covers large areas of Wales.

Up to 40mm of rain is widely expected to fall and up to 120mm on higher ground.

There is also a yellow "be prepared" warning for strong winds that covers all of Wales and runs until 12:00, but lasts until noon on Monday for Anglesey, Ceredigion, Conwy, Gwynedd and Powys.

Image copyrightNATURAL RESOURCES WALES
Image caption
Flood warnings are in place around Wales
Image caption
Ambulance and car stranded in floodwater near Nantgarw roundabout
What has happened so far?
Fire crews have been pumping out flooded houses at Cwm, Blaenau Gwent and Argoed, Caerphilly county.

Sports fixtures have been hit by the storm and floods and fallen trees have closed numerous roads.

Image caption
Underwater... Machen Rugby Club's ground on Sunday morning
TfW has made alterations to a large number of routes for the weekend and Monday, with some stops on journeys being missed out.

Those affected include Birmingham to Aberystwyth, Cardiff to Holyhead, and Manchester to Carmarthen, with full details online.

Caerphilly council said it was "getting a lot of calls" about several affected areas including New Tredegar, Bedwas, Newbridge, Risca, and Llanbradach.

In Cardiff, 44 horses are being evacuated from stables at Pontcanna Fields in Cardiff.

Hi Everyone,
I had been absent for a few days as had triple Major operation. I am recovering at home.
I will update the backlog as best able the boards.
I would appreciate your prayers for speedy recovery, please and lessened pain.
Blessings 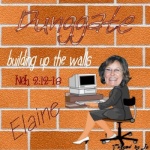 Hurrah I'm in at last.

I'm baccckkk.
Hi everyone, long time no see. But I hope to stay in touch now. I have missed you all.
How is everyone, well I hope. It will take me a time to work my way round here, but I will do it. Cheerio for now.
Love from June x 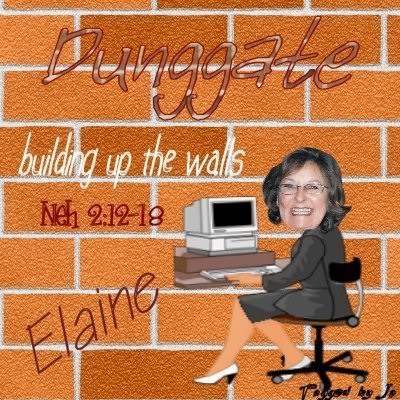 Good afternoon to you.
I made this board that we could come along introduce ourselves , say hello,good day etc., and share our thoughts or
what is happening in our lives.
We can ask for prayers and remind others to please take a look at your prayer request on our prayers board.

A little about me
I am 63 years of age a Bornagain Christian of 28 years live in Wales Britain. I am divorced and content. I am blessed with 4 grandchildren.
I have 3 children 2 girls Fran early 40's Steph early 30's a Son Paul 21 who is at home with me and a great help as I have chronic arthritis among other ailments, but I don't let it get me down, I love Jesus and it is my great pleasure to share the good news of what a difference hes made in my life and encourage others on the internet.
Today I have been over at our msn group posting,I hope to continue doing so until they close groups mid February 2009 I would like to continue using giving members who are busy at this time of year, opportunity to keep in touch until they have moved over to our website here and registered.
We have been blessed with a lovely caring fellowship and I pray this Forum will be as active in future.
God bless you.
Elaine.