We pray for the victims, their families and friends and everyone else who was touched by the tragedy that happened on September 11th, 2001. We hope you spent time remembering those people yesterday on Patriot day, and never take for granted those in your life that you love.

May God bless our loved ones, every single day.

One of the Most Powerful Messages of Love Ever Recorded


Before the planes hit the two towers on 09/11/2001, many passengers reached out to loved ones. The phone calls they made were final messages of love...

What you see below is one of those messages. It will be hard to get through it without crying.

I was crying while uploading this video_and I' m sure you will too
A Time to Remember
https://www.youtube.com/watch?v=N6_583_o54U


You may think this has nothing to do with Remembrance Day but Ahh it does my friend
some may FORGET  BUT our Father, ....our Heavenly Father never DO
See next post. 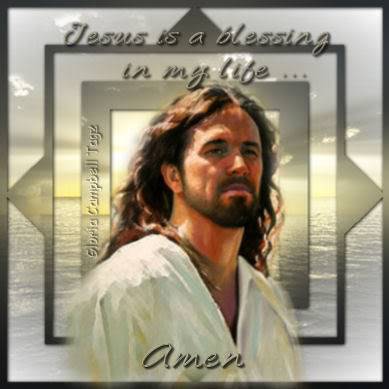 And he tell us not one sparrow fall
His eye is on the sparrow, and how much more He care for you
https://www.youtube.com/watch?v=k7Pk5YMkEcg

<>< <>< <><
This week we grieve with the many families whose lives
were devastated as we remember with horror the
devastating effects caused by the terrorist attack on
the World Trade Towers in New York City on September
11, 2001.
Instead of placing blame, let us today remember the
good along with the bad as so eloquently expressed in
the following anonymous poem.
As the soot and dirt and ash rained down,
We became one color.
As we carried each other down the stairs of
the burning building,
We became one class.
As we lit candles of waiting and hoping,
We became one generation.
As the firefighters and police officers fought
their way into the inferno,
We became one gender.
As we fell to our knees in prayer for strength,
We became one faith.
As we whispered or shouted words of encouragement,
We spoke one language.
As we gave our blood in lines a mile long,
We became one body.
As we mourned together the great loss,
We became one family.
As we cried tears of grief and loss,
We became one soul.
As we retell with pride the sacrifice of heroes,
We become one people.
Anonymous. Quoted in a sermon by Dr. Larry Ethane,
"From Remembrance to Hope." Cited on www.sermons.com.

9/11 Firefighters ~ I can only Imagine
https://www.youtube.com/watch?v=fZYgnrWvhOg


http://www.aish.com/ci/s/911-in-Jerusalem.html
9/11 in Jerusalem
Crossing the red lines of the heart.
On September 11, 2001, my husband and I were fighting. I can’t remember what we were arguing about, but I remember that we were breaking all the important rules for “how couples should disagree.” There was name calling and shouting. We didn’t know that at the time that we were fighting, a plane was crashing into the first tower.
There were red lines that I could see in my mind as the walls of our apartment seemed to absorb the foreign bitterness in our voices. Don’t cross those lines. I felt an unknown danger rise up inside of me, and I was frightened without knowing why. It was the afternoon in Jerusalem where we were living at that time, and when we finally both gave up arguing, we decided to drive to the Kotel, the Western Wall. We didn’t know how to say sorry or how to forgive. So we figured that getting out of the house would help.
On the way to the Old City, we heard the first reports of the terrorist attack. But the Hebrew was so fast, we kept thinking that there must be some mistake. “Did they say New York? An airplane? What’s going on? Turn it louder.”
It wasn’t until we parked and saw the crowd standing next to a television outside of a kiosk that we understood what had happened. As we stood there, with the afternoon sun glinting off of the Jerusalem stones beneath our feet, I watched in horror as the second plane exploded before our eyes.
What were those tiny black dots falling across the screen? When I realized that those dots were people jumping to their deaths, time seemed to stand still for a moment. How could this be? I could hear the busy signal already on my husband’s cell phone as he dialed our fathers’ numbers who worked in Manhattan. Where were they? We kept pushing in the numbers over and over again. Please let this call go through. Please. The phone dangled in my husband’s hand, its siren of protest joining the chaos before our eyes. The sky was the color of the clearest blue water. It was eerie how perfect the day was. When President Bush appeared on the screen, I couldn’t watch anymore.
“Let’s go,” I said. And we walked in a daze through the narrow alleyways until we reached the Wall. I almost ran to the familiar, worn stones. I was suddenly so tired and riddled with guilt. Laying my head upon the warmth of the Wall, I cried. How could I have said such awful things to the person that I cared most about in the world? And how could it be that at the exact same time that we were fighting, a plane was crashing into the World Trade Center? For some reason, that made everything so much worse. As if our own immaturity and anger had contributed in some way to the destruction that kept replaying itself in front of my eyes.
The fire. Shouldn’t I have learned long ago not to call anyone names? The darkness. Didn’t I know that shouting meant you lost before you began? Didn’t we both know so much better? Afterwards, my husband and I sat on a ledge overlooking the graves lying so peacefully on the Mount of Olives. We sat for hours as we apologized and forgave and wondered what had happened to us.
On our next trip back to New York, I saw the gap in the skyline from hundreds of feet above the earth. The horizon of my birthplace was forever changed. In the place of towering, glinting steel was nothing. Absolute emptiness. The kind of emptiness that accuses you every time you look at it. It reminded me of a pointless argument that had no content but too much pain. It reminded me that every time we forget the power of our words, we damage not only ourselves but somehow also the world around us.
And staring down into the dazzling city lights around that cavernous space, I saw the images flash before my eyes. The black dots that were really people dying. The careless words that were really swords slicing through the heart. What has happened to us? Sometimes red lines are blurrier than we know. Sometimes our words create and destroy in ways that we can’t even imagine. Sometimes, on an autumn day when the sky is the color of water, we see the absolute emptiness of a world that has crossed every last line. There are people falling. There are hearts breaking. There is the space still in the skyline of the city. It is telling us all that we still have so much more that we need to rebuild.

For most of us, our only connection to the events of 9/11 was what we saw on television. In this poignant video, we see how the event connected us in more ways than we realize, and learn how faith, hope and love can help us reconcile and commemorate the September 11 attacks.

WE WILL NOT FORGET!!! 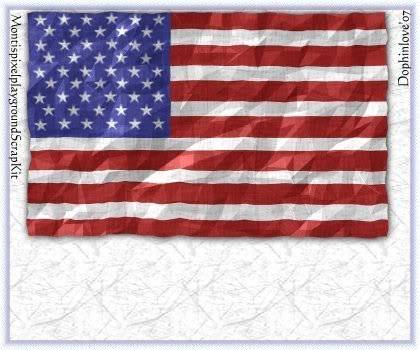 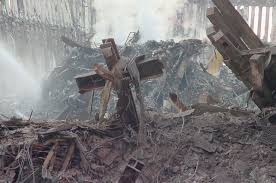 THIS WEEK We Will Make Rememberance .
Listen to the Youtube and Reflect.


In the Arms of the Angels: A September 11 Memorial
https://www.youtube.com/watch?v=-x-kTEE19BU