THE BIBLE CONSISTS OF

Re: THE BIBLE CONSISTS OF

2 Peter 1:20 King James Version
Knowing this first, that no prophecy of the scripture is of any private interpretation.
The book of Enoch, is not Divinely Inspired so is not included in the KJV Bible.
The Old and New Testament canons did not develop independently of each other.
The prophets are to be read, but so that we ask of God the gift of interpretation, for he who is the author of the writings of the prophets, is also the interpreter of them.
He joins the Scripture and prophecy together, to distinguish true prophecies from false.
For all interpretation comes from God.

The Christian biblical canons are the books Christians regard as divinely inspired and which constitute a Christian Bible. Which books constituted the Christian biblical canons of both the Old and New Testament was generally established by the 5th century, despite some scholarly disagreements
There are 66 books of the Bible Written by Prophets in various parts of the World over a period of thousands of years, which are Holy Spirit inspired of God.
Those who wrote the Bible lived at different times, some separated by hundreds of years. In many cases they were complete strangers to one another. Some Bible writers were businessmen or traders; others were shepherds, fishermen, soldiers, physicians, preachers, kings—human beings from all walks of life.

It took 40 God lead Scholars from different parts of the World, over a period of time, had to come into agreement of the compoleted work of the KJV of the Bible.
Nothing May Be Added
REVELATION 22
18I testify to everyone who hears the words of prophecy in this book: If anyone adds to them, God will add to him the plagues described in this book. 19And if anyone takes away from the words of this book of prophecy, God will take away his share in the tree of life and in the holy city, which are described in this book. 20He who testifies to these things says, “Yes, I am coming soon.” Amen. Come, Lord Jesus!…
Berean Study Bible
REV 22:19 King James Bible
And if any man shall take away from the words of the book of this prophecy, God shall take away his part out of the book of life, and out of the holy city, and from the things which are written in this book. 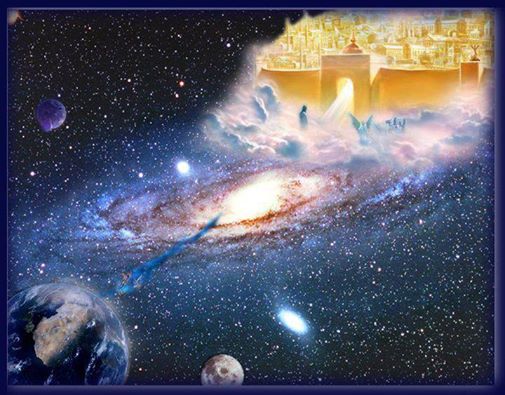 Dr. David Hocking
Dr,. David Hocking teaches that there will be peace on earth during the one thousand year reign of Jesus Christ.
https://www.youtube.com/watch?v=R-V7PNpmirI&feature=share

THE BIBLE CONSISTS OF

Total Chapters in the Bible -- 1189.
Chapters in the Old Testament -- 929.
Chapters in the New Testament -- 260.
Longest Chapter -- Psalms 119.
Shortest Chapter -- Psalms 117.
Centre Chapter -- Psalms 118.
Chapters before Psalm 118 -- 594 Chapters.
Chapters after Psalm 118 -- 594 Chapters.
Add the Chapters up --1188 (594+594) +1 (Centre Chapter)=1189.
Centre Verse -- Psalms 118:8.
Psalm 118:8 -- It is better to trust in the LORD than to put
confidence in man.
Most Comforting Chapters -- Psalms 23, John: 14.
Love Chapter -- 1 Corinthians 13.
Faith Chapter -- Hebrews 11.
New Testament Formation -- Acts 2.
Alike Chapters -- 2 Kings 19, and Isaiah 37.
Longest Verse -- Esther 8:9.
Shortest Verse -- John 11:35.
Most Precious Verse -- John 3:16.
Saddest Verse -- Mark 15:34.
Grandest Verse -- Romans 8:11.
The Garden verse -- Num. 11:5.
The Metal verse -- Ezek. 22:19.
Word "God" occurs -- 4,370 times.
Word "Jehovah" occurs -- 6,855 times.
Word "Lord" occurs -- 7,736 times.
English Bible published first-- 1380 A.D.
Divisions of the Chapters made first -- 1227 A.D.
Longest Word -- Maher-shalal-hash-baz (Isaiah 8:1).
The Greatest Word -- JESUS.
Words appears only once in the Bible -- Reverend (Psalms 111:9),
Eternity (Isaiah 57:15), and Grandmother (2 Timothy 1:5)
***********************************
The Bible gives all glory and honour to the Heavenly Father.
Jesus Christ (Yashua Massiah) is hidden in the Old Testament and revealed in the New Testament.
The Bible was written by the Holy Spirit through 40 men over a period of about 1600 years dating from 1500 BC to about 100 years after Christ.
The Bible is the Book of Salvation and Jesus Christ is the Only
Saviour under Heaven given among the human beings.
Scholars estimate that the King James version of the Bible were written by some 50 different authors. Some biblical scholars believe that Aramaic (the language of the ancient Bible) did not contain an easy way to say 'many things' and used a term which has come down to us as 40. This means that when the bible -- in many places -- refers to '40 days, they meant many days.
The system of chapters was introduced in A.D. 1227 by Cardinal Hugo de S. Caro, while the verse notations were added in 1551 by Robertus Stephanus, after the advent of printing. The first translation of the English Bible was initiated by John Wycliffe and completed by John Purvey in 1380.
The Bible devotes some 500 verses on prayer, less than 500 verses on faith, but over 2000 verses on money and posessions.
The Bible can be read aloud in 70 hours.
There are 8,674 different Hebrew words in the Bible (KJV), 5,624 different Greek words, and 12,143 different English words.
According to statistics from Wycliffe International, the Society of Gideons, and the International Bible Society, the number of new Bibles that are sold, given away, or otherwise distributed in USA is about 168,000 per day.
A number of verses in the Bible (KJV) contain all but 1 letter of the alphabet:--
Ezra 7:21 contains all but the letter j; Joshua 7:24, 1 Kings 1:9, 1 Chronicles 12:40, 2 Chronicles 36:10, Ezekiel 28:13, Daniel 4:37, and Haggai 1:1 contain all but q; 2 Kings 16:15 and 1 Chronicles 4:10 contain all but z; and Galatians 1:14 contains all but k.
Gabriel, Michael, Harold, Lo, and Lucifer are the five angels
mentioned by name in the Bible. (Raphael is the name of another angel, mentioned in the Apocalypse).
The Four Horsemen of the Apocalypse, named in the Bible's Book of Revelation are Conquest, Slaughter, Famine, and Death.
The 3 Magi or Wise Men and their gifts:-- According the traditions, Melchoir (means king of light) offered Gold; Gaspar (means the white one) offered Frankincense (Frankincense is a gum resin used as a base for incense); and Balthazar (means lord of treasures) offered Myrrh (Myrrh is a gum resin, was valued as a perfume and unguent used in embalming).
The two robbers crucified next to Jesus were named Dismas and Gestas, according the traditions.
Voltaire, the French philosopher was an ethist, threatened that he will see to the destruction of the Bible and its removal from the face of the earth. What happened is that the Bible Society bought the house where he was born after his death and today that building is one of the biggest sales centers of the Bible.
The name "Easter" derives from the Anglo - Saxon goddess Eostre, who governed the vernal equinox.
Salt is mentioned more than 30 times in the Bible.
There are 49 different foods mentioned in the Bible.
Almonds and pistachios are the only nuts mentioned in the Bible.
Seven suicides are recorded in the Bible.
The only domestic animal not mentioned in the Bible is the cat.

Re: THE BIBLE CONSISTS OF