Presenter of:
‘The Healing Word’ Friday at 10pm UK
TIME CONVERTER LINK https://www.timeanddate.com/worldclock/converter.html
Year started at Revelation TV :
2011
How did Cyril & Brenda become involved in Revelation TV:
Cyril: I met Howard through a mutual friend, Peter Stanway. He asked me to present the Voice in the Wilderness programme.  I knew never to say no to the furtherance of Gods Word and with some fear and trembling I said yes.
Breda: I went with Cyril on the first night to give him prayer support.   However Howard asked me to join Cyril on the programme. I reacted in fear and said ‘no way’. Howard prayed over me and fear left. To my amazement I walked on to the set.  We have been co presenting ever since.
Why Revelation TV is special:
Revelation Television is special because it is free of the ‘religious spirit’ that pervades the church today. It is not attached to any denomination and is indeed a church without walls. The Lord said “I will build my church” and as we adhere to His Word and speak the Truth fearlessly across the airwaves, people are being healed and miracles are happening. We share with you the viewer in the great commission.
Breda: Little did I know when I walked into my first AA meeting back in 1984 full of fear and with no confidence; that God had a plan for my life that included me presenting with Cyril on Revelation Television ‘Voice in the Wilderness’and now ‘The Healing Word’. To do this I remind myself that God did not give me a Spirit of Fear. He gave me a Spirit of LOVE POWER and A SOUND MIND….and Phil 4:I3 “I can do all things through Christ who strengthens me”
Cyril: Be sure of one thing. If the Lord wants you to do a work, He will equip you to carry it out. I did not expect to go to a Bible college. I did not expect to share Gods Word on radio and television. I did not expect to pray healing prayers for people and expect them to be healed.
God had a plan and it was bigger than anything I could ask or think. It has and continues to be a faith walk. Will there be a few heart stopping moments along the way? Yes but rebuke them and stand on His Word,


Join Simon Barrett in Israel as he interviews Dr. Michael Oren, Israel’s former Ambassador to the United States and former government Minister in the Prime Minister’s office in heart of Israel’s democracy the Knesset.

Its Thursday so that means Politics Today at 20.30 and a familiar face returns at 9pm on the QandA show. 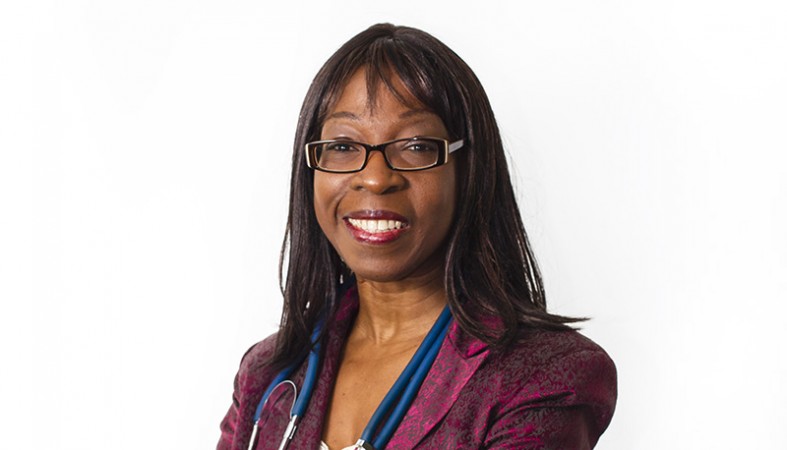 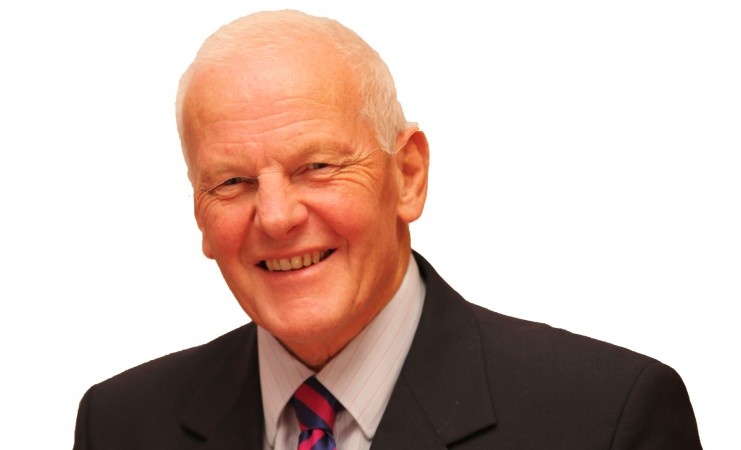 TO THE POINT
6 Days of Creation - Part 1
Revelation TV
Published on 31 Jul 2018
In the beginning God created the heavens and the earth. The earth was without form, and void; and darkness was on the face of the deep. And the Spirit of God was hovering over the face of the waters.
WATCH 28.16 mins
https://www.youtube.com/watch?v=6JvGw0Wk8ig 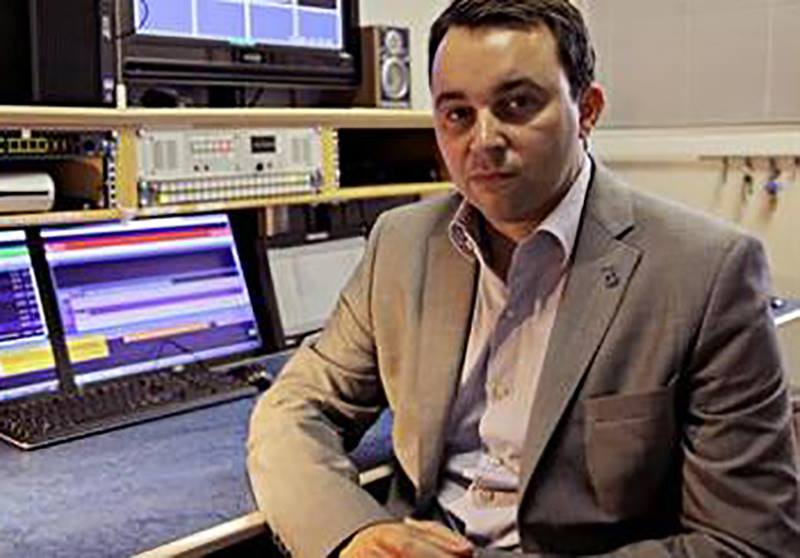 Join Simon Barrett for an interview with Shira Sorko Ram the founder of Maoz Israel Ministries, as she discusses the contribution played by the Messianic Jewish Community to Israeli Society.
WATCH 55.4 mins
https://www.youtube.com/watch?v=61mSbG5oDD0&feature=push-u&attr_tag=R3oRBtCTc2LVDhJP-6&ab_channel=RevelationTV 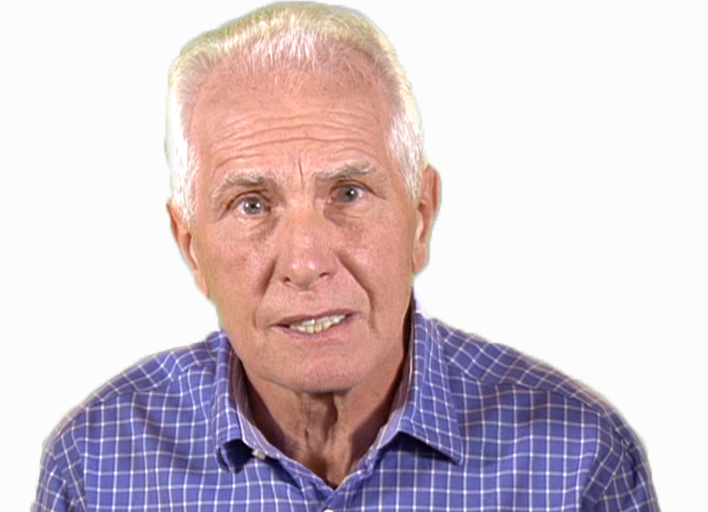 Join Howard Conder as he discusses the End Times with you.
showing clips of R.T.Kendall and answering all your emails and Texts.

http://www.revelationtv.com Full Revelation TV production
about the life and ministry of George Müller

broadcast on Saturday 7th July at 3pm and throughout the month of July
Category
News & Politics
https://www.youtube.com/watch?v=pnsfjsa7eIw&ab_channel=RevelationTV

Join us for 'Time For Revelation' tonight at 9pm on Revelation TV as we share news of the Channel and its finances with you.

Our phone lines will be open during tonight's live programme between 9pm and 11pm BST. Simply call us on: +44 (0) 208 972 1400. Alternatively you can call us during office hours or donate online. Donations made between today and Saturday will be included in the total.

Click here to help us reach our target for this month

Thank you for your ongoing support!

Life is a Rehearsal

Join Julie Anderson and Dr Laura Richardson as they discuss LIFE IS A REHEARSAL
https://www.youtube.com/watch?v=XhkpA_FakUc&feature=push-u&attr_tag=n45hN8PVbqaB4hi--6&ab_channel=RevelationTV

The Miracle of Israel at 70

Join Simon Barrett as he interviews Avi Lipkin author and lecture on the Miracle of Israel at 70.
https://www.youtube.com/watch?v=lus8GpCGYnw&feature=push-u&attr_tag=RZERNLCS4EnA9cTm-6&ab_channel=RevelationTV

Join Simon Barrett as he interviews Lyn Julius author and Journalists as she discusses the 70th anniversary of the 850,000 forgotten Jewish Refugees of the Arab Middle East and North Africa.

The Shocking TRUE story of a Hamas insider who rejected his violent destiny and is now risking everything to expose closely guarded secrets and show the world a way to peace
https://www.youtube.com/watch?v=aQrwlKTeGhA&feature=push-u&attr_tag=rUET1kafbBQY-PUf-6&ab_channel=RevelationTV 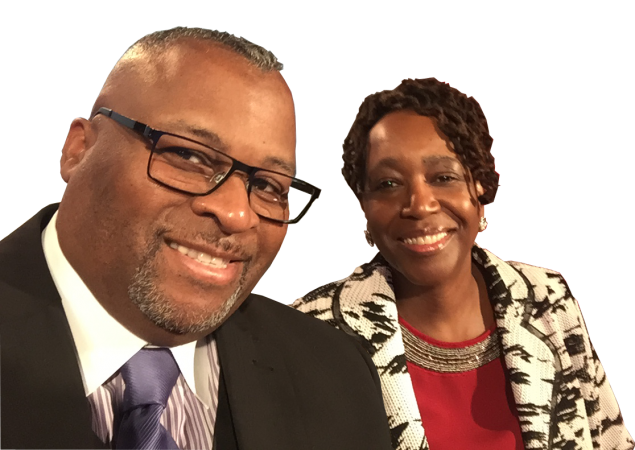 Part - 1/2
With such a vast and often confusing subject to tackle, over 2 weeks we will hopefully unravel some of the most common misconceptions. What exactly is the nature of the battle,

Should we roll out the red carpet for President Trump’s UK visit?

Revelation TV
Published on 17 May 2018
Category
News & Politics
Join Simon Barrett and guests as they discuss President Trump’s visit to the UK in July and we will be asking should we be strengthening our transatlantic alliance by rolling out the red carpet for him?
WATCH 55 mins
https://www.youtube.com/watch?v=bAIn9CS5las&feature=push-u&attr_tag=36AwZ7kSk8AacV7T-6&ab_channel=RevelationTV

So many of the problems we see around us both outside and inside the church have their roots in the fact that many of us don't really know who we are. Identity crisis has spiraled out of control worldwide. How do we recognise this dilemma, and more importantly, what can we do to help?

TO THE POINT
Coping with Disappointment

The Christian Problem by Howard Conder

Howard Conder
Published on 20 Mar 2018
The Christian Problem is to me very similar to the Jewish problem which  in 1894, Theodore Hertzl came to terms with and was determined to find a solution. Herzl realised that the Jews were being falsely charged for crimes they did not commit and were in danger of losing their jobs/careers/businesses etc and that the Jews needed a place of their own, a homeland where they could be free from persecution.
So now I am  beginning to think that there has to be a solution for the Christians, for we too in the 21st Century are continually being maligned, persecuted,  facing losing our jobs, our careers, our businesses.
BUT WHY?
Because of the Political Correctness of our era... due to the continual changing of our secular laws which are at enmity with God’s laws.

But at this moment in time WE DO NOT HAVE A HOME LAND ..... England used to be a Christian nation, a safe place for us to live and work but NOT anymore…
We are considered to be BIGOTS. The scum of the earth, a scourge upon the modern day society... for the masses have moved from the past and now have the 21st century mindset, with a so called liberal world view which is definitely anti GOD, anti Christian ....
Its Time for a change...Its time to stand up against the whiles of the DEVIL and his cohorts.... Its time to stop being pushed around and being falsely accused of wrong doing of one kind or another and being set up so as to try and make us fall foul of the law...

"For we wrestle not against flesh and blood, but against principalities, against powers, against the rulers of the darkness of this world, against spiritual wickedness in high places."
Ephesians 6:12
https://www.youtube.com/watch?v=RkzVg2Uhd4k&feature=youtu.be&ab_channel=HowardConder

Purim - God’s Warning from History
Revelation TV
Published on 10 Mar 2017
In this week’s report, I will be reflecting upon the Jewish Festival of Purim. This weekend the nation of Israel and the Jewish people will be celebrating the incredible story of how God miraculously delivered them from annihilation two thousand five hundred years ago, in ancient Persia.
The Jewish Festival of Purim is based upon the historical accounts set out in the book of Esther in the bible and takes us back to a world, when the Ancient Persian Empire was at the pinnacle of its power.

I will also be discussing what lessons we can learn from the story of Purim today as we are witnessing a global rise in Jew Hatred today.

Awakening Tour Oxford
Revelation TV
Published on 12 Mar 2018
Ruth Rawlins from Abort67,
reports back from the Awakening Tour in Oxford, exposing our society's blind spot of abortion.
OUR NEXT STOPS ARE MANCHESTER - 21st and 22nd MARCH, AND LIVERPOOL - 22nd and 23rd MARCH
Get in touch to be part of the Awakening:
www.abort67.co.uk
info@abort67.co.uk
Phone: 08448 22 17 67
WATCH https://www.youtube.com/watch?v=neHaHpTIy3c&t=7s&ab_channel=RevelationTV

The Ark of the Covenant
Revelation TV
Published on 15 Nov 2012
http://www.revelationtv.com
Watch this short clip produced by Jeremy Park at Revelation TV showing the Ark of Covenant according to the descriptions found in the book of Exodus.
Narrator Howard Condor
https://www.youtube.com/watch?v=CjGJ2MSpauk&t=25s&ab_channel=RevelationTV
1.59 mins

A day in the life of Revelation TV
Revelation TV
Published on 8 Dec 2016
Find out more about Revelation TV at www.revelationtv.com
VIDEO 8.31 mins
https://www.youtube.com/watch?v=hOj2cBVMA60&ab_channel=RevelationTV

At this moment in time, I have decided to only share with you the testimony of where I tried to gain access to the possible site for the burial tomb of Christ... it is very interesting but it only tells it from my perspective at the moment, whereas I am in the middle of presenting both sides of the debate as to which is more likely the correct site for the Tomb of Jesus. The longer more detailed version will have to wait until I gain access to more media than I have at present, but rest assured, the programme is well along in its production. Meanwhile I am sure you will find this very interesting. Hope you get something out of this for I surely did.
Category
Education
https://www.youtube.com/watch?v=E6yir6T0czc&feature=youtu.be&ab_channel=HowardConder