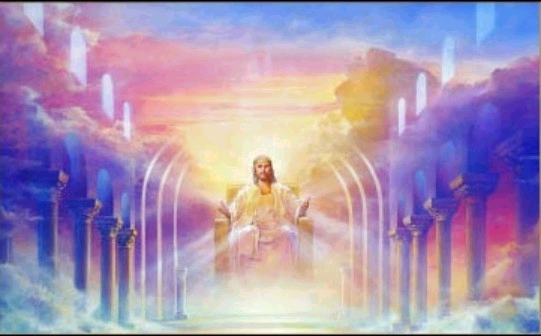 CHRIST OUR COMING KING
Old Testament Readings
Isaiah 53
1Who hath believed our report? and to whom is the arm of the LORD revealed? 2For he shall grow up before him as a tender plant, and as a root out of a dry ground: he hath no form nor comeliness; and when we shall see him, there is no beauty that we should desire him. 3He is despised and rejected of men; a man of sorrows, and acquainted with grief: and we hid as it were our faces from him; he was despised, and we esteemed him not.
4Surely he hath borne our griefs, and carried our sorrows: yet we did esteem him stricken, smitten of God, and afflicted. 5But he was wounded for our transgressions, he was bruised for our iniquities: the chastisement of our peace was upon him; and with his stripes we are healed. 6All we like sheep have gone astray; we have turned every one to his own way; and the LORD hath laid on him the iniquity of us all.
7He was oppressed, and he was afflicted, yet he opened not his mouth: he is brought as a lamb to the slaughter, and as a sheep before her shearers is dumb, so he openeth not his mouth. 8He was taken from prison and from judgment: and who shall declare his generation? for he was cut off out of the land of the living: for the transgression of my people was he stricken. 9And he made his grave with the wicked, and with the rich in his death; because he had done no violence, neither was any deceit in his mouth.
10Yet it pleased the LORD to bruise him; he hath put him to grief: when thou shalt make his soul an offering for sin, he shall see his seed, he shall prolong his days, and the pleasure of the LORD shall prosper in his hand. 11He shall see of the travail of his soul, and shall be satisfied: by his knowledge shall my righteous servant justify many; for he shall bear their iniquities. 12Therefore will I divide him a portion with the great, and he shall divide the spoil with the strong; because he hath poured out his soul unto death: and he was numbered with the transgressors: and he bare the sin of many, and made intercession for the transgressors.

Exodus 12:1-5
1And the LORD spake unto Moses and Aaron in the land of Egypt, saying, 2This month shall be unto you the beginning of months: it shall be the first month of the year to you. 3Speak ye unto all the congregation of Israel, saying, In the tenth day of this month they shall take to them every man a lamb, according to the house of their fathers, a lamb for a house: 4and if the household be too little for the lamb, let him and his neighbor next unto his house take it according to the number of the souls; every man according to his eating shall make your count for the lamb. 5Your lamb shall be without blemish, a male of the first year: ye shall take it out from the sheep, or from the goats:
Zech 9:9
Rejoice greatly, O daughter of Zion; shout, O daughter of Jerusalem: behold, thy King cometh unto thee: he is just, and having salvation; lowly, and riding upon an ass, and upon a colt the foal of an ass.