Breitbart News The Best of the Week

Re: Breitbart News The Best of the Week 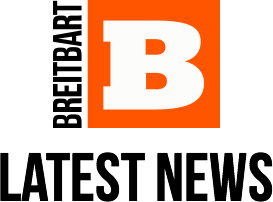 https://orders.stansberryresearch.com/?cid=MKT462034&eid=MKT468064&assetId=AST142396&page=1
The Presidential Candidate & 12-Term Congressman is Back
Dr. Ron Paul’s Urgent Message for Every American
Most Americans will be blindsided by what’s about to happen… But not those who learn the critical steps necessary to protect yourself and your family from what’s coming next.
Play
Get Started

There was a generous turnout at the rally, where people lined the streets near the Law Enforcement Center in Sioux Falls and waved American flags and other flags showing support for law enforcement.
m ore https://www.breitbart.com/local/2020/08/09/south-dakota-back-blue-rally-sees-generous-turnout/?utm_source=newsletter&utm_medium=email&utm_term=todays_hottest_stories&utm_campaign=20200809

The FBI used the eight-page document to brief the Senate Intelligence Committee in February 2018 as part of the committee’s investigation into Russian interference into the 2016 presidential election and whether there was collusion with the Trump campaign.
MORE https://www.breitbart.com/politics/2020/08/09/graham-releases-document-showing-fbi-misled-senate-steele-dossier/?utm_source=newsletter&utm_medium=email&utm_term=todays_hottest_stories&utm_campaign=20200809


Cotton: TikTok Like a ‘Trojan Horse’ on American Cell Phones
102


“TikTok is like a Trojan horse on American cell phones,” he said. “And that’s why I commend the president for taking the action to ban TikTok in America if it is not wholly owned and operated by an American parent company. I encouraged the administration about a year ago to conduct the security review that ultimately led to this decision. That’s because, to most Americans, TikTok seems like a harmless, fun, short-form video app, but behind that app on your phone is a vacuum of data of everything on your device, contacts, e-mails, text messages, photographs, social media posts, even browser history, keystrokes, and location data.
MORE https://www.breitbart.com/clips/2020/08/09/cotton-tiktok-like-a-trojan-horse-on-american-cell-phones/?utm_source=newsletter&utm_medium=email&utm_term=todays_hottest_stories&utm_campaign=20200809

Breitbart News The Best of the Week

Breitbart News
The Best of the Week

Breitbart News
The Best of the Week
Washington Post Explains Why Some El Paso Survivors Support Trump
The Washington Post reported on El Paso mass shooting survivors who are Trump supporters and don't blame him for the trage
Read More  https://www.breitbart.com/politics/2019/08/09/washington-post-explains-why-some-el-paso-survivors-support-trump/?utm_source=newsletter&utm_medium=email&utm_term=best_of_the_week&utm_campaign=20190810


Breitbart News
The Best of the Week
NRA Warns Trump and McConnell Against Gun Control
The NRA is taking exception with the gun control push currently emanating from the White House and Senate Majority Leader Mitch McCo Read More https://www.breitbart.com/politics/2019/08/09/nra-warns-trump-mcconnell-gun-control/?utm_source=newsletter&utm_medium=email&utm_term=best_of_the_week&utm_campaign=20190810


Breitbart News
The Best of the Week
Iowa Farmer Confronts Warren on Green New Deal's Intent to Eliminate Cows
A farmer confronted Warren over her support of the Green New Deal, explaining that he takes issue with the plan's intent to eliminate cows
Read More https://www.breitbart.com/politics/2019/08/08/iowa-farmer-confronts-warren-on-green-new-deals-intent-to-eliminate-cows/?utm_source=newsletter&utm_medium=email&utm_term=best_of_the_week&utm_campaign=20190810