PEOPLE OF THE BIBLE

PEOPLE OF THE BIBLE 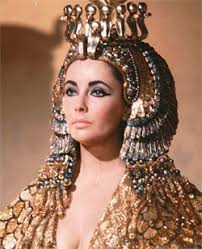 ​Who Is Jezebel in the Bible?
Blair Parke
Writer & Publicist
29 Aug 2019
Who Is Jezebel in the Bible?
https://www.crosswalk.com/faith/bible-study/who-is-jezebel-in-the-bible.html?utm_source=Jeeng
The name creates a visual that anyone would recognize; a woman who strives to undermine the authority of others and will use anything, even murder, to get what she wants of power, prestige, and fortune. Jezebel is known by many as the name representing a woman with dangerous and harmful intentions in mind, who never hesitated to create the downfalls of others in order for her plans to work. Jezebel wasn’t a figment of people’s imaginations, but a real woman who was possibly one of the first feminists in our history.
The Historic Beginnings of Jezebel
Firstly, Jezebel was not just any woman; according to Biography.com, she was a Phoenician princess in the ninth century BC, the daughter of King Ethball. Their kingdom worshipped the nature god Baal, among other gods, which would later be a point of contention within her next kingdom.
At the time of 922 BC, Israel was a divided nation (Israel to the north and Judah to the south) and Phoenicia (located to the north of Israel) was considered a city that couldn’t care less about following the traditions and beliefs of Yahweh, the true God. What is now present-day Lebanon once comprised the coastal towns of Tyre and Sidon that King Ethball (or Ethbaal) ruled.
A peaceful solution for the divided nation was suggested in the form of an arranged marriage between the newly appointed king of Israel’s son, Ahab, to the Phoenician’s princess Jezebel. Jezebel appears in the Bible in 1 Kings, first in chapter 16, verse 31, stated as daughter of Ethbaal, king of the Sidonians instead of Phoenicians. This is also the point of the Bible where the marriage between Jezebel and Ahab is mentioned.

Jezebel’s Change of Ahab’s kingdom
After the wedding for Jezebel and Ahab’s arranged marriage, it soon became apparent that Jezebel wasn’t planning on changing her worship of Baal just because she was in a new kingdom. As briefly stated in 1 Kings 18:4, Queen Jezebel continued worshipping Baal in her new home, despite how this angered the townspeople of Israel. She even brought 800 Baal prophetsinto the kingdom to encourage the worship of Baal by others. When the prophets of Yahweh stood up against Jezebel’s promotion of Baal worship, she had them killed.
It is described as a massacre in 1 Kings 18:4, enough to where Obadiah, the lead prophet within King Ahab’s palace, had to hide a hundred prophets in caves to avoid their deaths at the hands of Jezebel. Jezebel’s wrath of murder didn’t just end there, it continued when the king wanted to take a vineyard from Naboth the Jezreelite that was located next to the palace. Naboth’s refusalto give the vineyard that had been in his family for years led Ahab to go into a depression, and Queen Jezebel took matters, again, into her own hands.
She told King Ahab to arise and eat while she would deliver the vineyard into his hands, which she did using letters with his seal advising two men to falsely accuse Naboth of blaspheming God and the king and requesting that he be stoned to death.
Elijah’s Proclamation for King Ahab and Queen Jezebel
Around the same time, Israel was also experiencing a drought, and King Ahab and Obadiah were trying to find water and grass to keep the city’s livestock alive (1 Kings 18:5-7). It was while Obadiah was searching for water and food that he crossed paths with the prophet Elijah, sent by God to help the kingdom and who had predicted in 1 Kings 17 that a drought would be sent due to Jezebel’s actions.
The treason committed by King Ahab and Jezebel had encouraged the drought created by God, and Elijah voiced God’s proclamation that Jezebel’s murder of His prophets and Naboth (with King Ahab’s passive assistance) meant their deaths were imminent as well.
1 Kings 21:19 states that just like Naboth’s blood was licked up by the dogs of the kingdom after his death, their blood would also be licked up by the dogs. When King Ahab heard this proclamation, he immediately began fasting and mourning, repenting of what he did to the Lord. This display led God to reverse the destruction to come during King Ahab’s generation, to be fulfilled in the generation of his son.

The End of Jezebel
Jezebel’s death isn’t recorded until the book of 2 Kings, where the new king, Jehu, after King Ahab (who died in battle), was named. He became king by murdering Jezebel’s son and taking her power through the action.
It is said in 2 Kings 9:30that Jezebel, knowing that Jehu was coming to kill her, adorned herself with fine clothing and makeup and peacefully waited for him by looking out her bedroom window. When she saw Jehu approach through the gate, she asked if peace was what he came to bring, followed by calling him “murderer of your master” in reference to her dead son.
Jehu asked who was on his side, while looking up at Jezebel through her window, and then commanded two men in her bedroom to throw her out the window. She died from the fall and when Jehu’s men came to bury her body, in honor of her royal blood, all that was found was body parts. It was assumed God’s declaration, stated by Elijah, came true.
What Does Jezebel’s Life Teach Us?
Many wonder whether Jezebel’s actions of makeup and fine clothing were meant to either seduce Jehu or as a stand against her murderer, but either way, Jezebel’s stand before death doesn’t drift too far from the command of attention and control that she expressed throughout her reign as queen.
If anything, Jezebel is forever synonymous with someone who carved her own path that may or may not have been for the betterment of others, or even herself. Some may admire her for her actions that changed the trajectory of her husband’s leadership of Israel, while others might see her actions as someone who rejected the Lord’s desire for a woman to a peaceful blessing with her husband (Prov. 3:10-16), instead being a woman who sought success through dangerous, murderous actions.
However you look at Jezebel and her murderous reign, her story shows that when someone kills one of God’s people (which is anyone), He will make sure that person’s plans through these actions don’t succeed well. God is sovereign and though punishment may not be immediate for wrongdoers like Jezebel, punishment is inevitable for those who remain outside of God’s family.

Blair Parke is a freelance writer for BibleStudyTools.com and editor for Xulon Press. A graduate of Stetson University with a Bachelor's in Communications, Blair previously worked as a writer/editor for several local magazines in the Central Florida area, including Celebration Independent and Lake Magazine in Leesburg, Florida and currently freelances for the Southwest Orlando Bulletin.