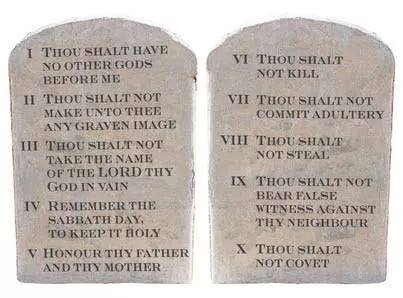 Meg Bucher
The Living Word transforms this seemingly boring list of names into a treasure trove of heroes and second-chance survivors.
Dull passages of the Bible yield encouraging truths to strengthen our faith. God layers His Word with intricate nuances that weave throughout the backdrops of our days, until the moment arrives for us to notice and absorb them like never before.


The everyday miracle of Scripture is the way by which God connects with our daily lives. Mundane verses suddenly pull us through turning-point moments. Our Father comforts, encourages, and instructs us, not only through obvious passages, but through hidden tracks as well. Let’s allow these ten “b-sides” to settle in our hearts today.


1. Rules, Regulations, and Restrictions of Passover (Exodus 12)
“That same night they are to eat the meat roasted over the fire, along with bitter herbs, and bread made without yeast” (Exodus 12:8).


God revealed His omnipotent and loving character through the uninteresting details of the first Passover. He promised to protect His people, and in this text they are given instructions via Moses and Aaron to shield their firstborn sons from falling victim to a final plague upon Pharaoh and Egypt. (Exodus 12:12)


To read through fifty verses of similar instructions is mentally exhausting, unless we know why. The NIV notes explain that the “bitter herbs” were plants native to Egypt, to remind God’s people of their past lives as slaves there. “Bread made without yeast” was to remind them of the rush in which they left that place. (NIV Study Bible Notes)


We too can overcome current trials by remembering who God is and what He has brought us through.


2. Offerings (Leviticus 1-7)
The focus of Leviticus is on God’s holiness, and our lack thereof -- thus requiring perfect sacrifices to atone for our sins.


The humor of our great and loving God is prevalent even in the most stringent of subjects. Don’t forget the salt …and every wife and mother around the world rolled their eyes.


The offerings of Leviticus go on for seven chapters, but the regulations of a holy life trudge on throughout much of the Old Testament. To be in the presence of God took exact measures, which expound upon the gravity of Jesus’ sacrifice.


In remembering what life was like for those who lived in Old Testament times, let gratefulness flow out of our New Testament hearts; for a Savior who could have called down a legion of angels died instead for our freedom from offerings.


Recently, I came through a period of doubt with the clarity to step up and accept a responsibility that fell off the table soon after. I laughed to myself, wondering, “God, were you just testing with me?’” The answer that filled my heart was a resounding, ‘yes.’


The book of Numbers records God’s people following Him by a pillar of cloud during the day and fire at night. When He stopped, they stopped and set up a camp that was laid out in Old Testament specificity. It wasn’t an easy setup and tear down, yet they were obedient. Sometimes, we need passages like Numbers 9 to remind us that God wants us to leave our doubt, worry, and foreshadowing behind and follow Him. He wants us to trust that when we obediently step out in faith, He will take care of us in the way He promises.


4. The Ten Commandments (Deuteronomy 5: 6-21)
When we were young, we learned what numbers looked like. Then, we began to count. Pretty soon we began to add, subtract, multiply, and divide. As we got older we built upon our skills even further with geometry, algebra, accounting, physics, etc. Knowing the basics of our faith allows us to learn more about God’s character and appreciate Grace.


The Ten Commandments are a cornerstone piece of our faith, but the New Testament adds to the charm of God’s disciplinary guidance. Just as Jesus died to save us from a death we deserve, God provided rules to safeguard our hearts; moral grounds for living from God Himself.


Our Father is the endearing defender of our hearts, and He forgives our tendency to fall incredibly short of this list daily. How great is our God? His forgiveness warms an appreciative heart to know that, although these are His standards, He’s chosen to love us.


Love is first. In a world that sometimes squeezes the joy out of our souls and finds many reasons to divide us, we must put love before all else.


God will equip us with the tools necessary to complete anything He assigns us to do. It seems like a no-brainer for anyone that reads the Bible -- unless you are Joshua in the moments after Moses has died, and all of Israel is looking to you.


What may seem like the start of another batch of blunders God’s people must trek through provides us a glimpse of God’s character as a coach and friend.


How many times do we run away from things that God has purposed us to do? When discouragement and doubt pull up a seat, a glance through Joshua’s pep talk will surge us forward into our God-ordained purpose.


6. Tragedy and Terrorism (Lamentations 3)
Jeremiah witnessed the destruction of an entire city that failed to heed God’s warning. The sorrow that he cries out through the book of Lamentations reminds me of the things we say to each other after yet another disaster slams into our reality.


In the middle of an outpouring of tragedy and suffering, he remembered that God hears and answers our prayers; He is close to the brokenhearted.


There’s no day in human history more relevant for Lamentations than this one. We need to know how to find hope in the impossible, so that we can understand tragedy. And Jeremiah gives us wisdom to cope.


7. The Circle of Friends (Job 4-37)
When tragedy befell Job, he had a few friends that sat in silence with him for seven days. When they began to speak, their advice and his rebuttals droned on for 33 chapters. While their advice was well-meaning, it was only half true; they ignored the possibility for extenuating circumstances and spiritual circumstances that were beyond earthly control or explanation. Poor Job was being told to confess and repent for something he didn’t do. An innocent man made to feel guilty -- imagine that!


It was by God’s authority that Job was allowed to suffer. “There is no one on earth like him; he is blameless and upright, a man who fears God and shuns evil” (Job 1:8).


We may endure long and difficult seasons of questioning on this earth by those who are close to us. Through this lengthy passage of Scripture, Job models godly endurance under pressure.


The Living Word transforms this seemingly boring list of names into a treasure trove of heroes and second-chance survivors. From Abraham, who was tested in his willingness to sacrifice Isaac; to David, who slept with another soldier’s wife and had him killed; and life (fourteen generations worth) after the exile to Babylon.


The NIV notes suggest that “the number fourteen was used because it’s double the number of completeness, 7.” Out of a line full of misfits and misfortune came a doubly perfect Savior.


Do we realize the hope this gives us as Christ’s church? The true definition of grace was being woven throughout the entire Old Testament. Beyond the exact prophesies of Jesus’ coming, life, death, and resurrection, He is revealed throughout all of Scripture. God’s living Word is alive because Jesus is the Word -- and He is alive.


Have you ever stepped into someone else’s shoes and either not known if you were qualified to fill them, or not wanted the association of a similar position with the previous owner?


I wonder what Matthias felt as he waited along with another follower for the others to “cast lots,” to see who would replace the traitor -- Judas.


Do you think everyone was reminded of Judas’ betrayal just by looking at him? I wonder if it took time for Matthias to emerge from a shadow that he never cast, to reveal who he really was. Matthias’ name means, “gift of Yahweh.”


In an otherwise boring side note, it is here that we find a hope that when another chooses to betray and desert, God will defend and give us the people we need around us. It’s not good for man to be alone, and the people God places in our lives are there for a reason. Matthias reminds us that when we are betrayed, we should turn our anger over to the one who defends and provides for us.


10. The Freed Slave (Philemon)
The Book of Philemon is a letter that Paul wrote to another Christian regarding an escaped slave that happened to cross paths with him and become a Christian, as well as a friend.


Twice, Paul refers to himself as a prisoner of Jesus Christ. He creates a common ground between the slave owner, the slave, and himself. All prisoners are slaves to Christ. In this simple, hard to find passage jammed between so many other massive accounts, we find a true example of brotherly love fleshed out.


“Perhaps the reason he was separated from you for a little while was that you might have him back for good- no longer as a slave, but better than a slave, as a dear brother” (Philemon 15-16a).


Paul and Onesimus’ friendship in Christ illustrates how Love bridges gaps. The only way we can convince our humanity to genuinely let go and love is to surrender ourselves to God.


“Therefore, although in Christ I could be bold and order you to do what you ought to do, yet I appeal to you on the basis of love…” (Philemon 8-9a).