Who is online?
In total there are 4 users online :: 0 Registered, 0 Hidden and 4 Guests

9 Common Jewish Symbols And the history

9 Common Jewish Symbols And the history 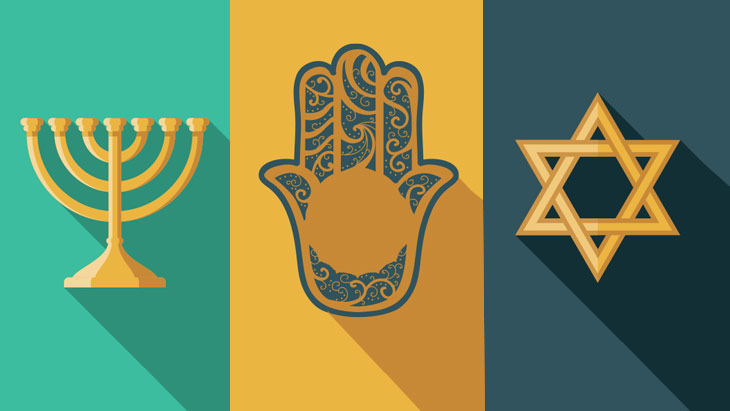 9 Common Jewish Symbols
Aug 1, 2020  |  by Dr. Yvette Alt Millerprint article
And the history behind these common Jewish emblems.
Is there a universal Jewish symbol? Around the world people associate a plethora of signs with Jews and Judaism, from the Star of David to the menorah to the hamsa hand symbol. Here are some symbols that are commonly identified as Jewish, along with their history and symbolism.
https://www.aish.com/jw/s/9-Common-Jewish-Symbols.html?s=mm
Star of David 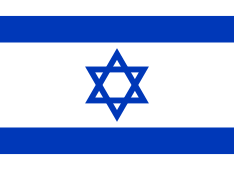 https://www.aish.com/jl/sp/k/48942436.html
The Star of David, the Magen David, is one of the most recognizable Jewish symbols. It appears on many Jewish tombstones and is the central symbol on the Israeli flag. Surprisingly, given its widespread popularity, the Star of David is fairly recent and has only been associated with Jews for a few hundred years.


While the six-pointed Star of David might be more recent, the term Magen David is old. The Talmud mentions Magen David – literally, the Shield of King David – protecting King David and his descendent, the Messiah (Pesachim 117b). This beautiful image is also found in Jewish liturgy: each Shabbat after we hear the Haftarah read in synagogue, the reader refers to the Divine as Magen David, the protector of David and the Jewish people.


There is a legend that King David indeed did carry a six pointed star with him, in the form of his shield and the shields his soldiers carried. These were said to comprise two triangles, one pointing up and one pointing down, joined in the middle, forming a six pointed star. This construction is said to have made King David’s shield more sturdy than his opponents.


Six pointed stars have been found in Jewish settings for hundreds of years. A Jewish tombstone in southern Italy dating from the Third Century CE is decorated with a six pointed star. In 1354, King Charles IV of Bohemia bestowed a red flag with a six pointed star on it to the Jews of Prague, and the star was adopted by the Jews of Prague as their symbol. A Jewish prayer book printed in Prague in 1512 features a beautiful Jewish star on its cover with the quote “Each man beneath his flag according to the house of their fathers...and he will merit to bestow a bountiful gift on anyone who grasps the Shield of David.”


The Jewish star soon spread to other Jewish communities, and synagogues and Jewish tombstones featured Jewish stars as ornaments. During the Holocaust, Nazis forced Jews to wear yellow patches of the six pointed Star of David. Yellow had long been used as a distinctive, humiliating color that European Jews were forced to wear in some European communities, and the Star of David was by then seen as the quintessentially Jewish symbol. 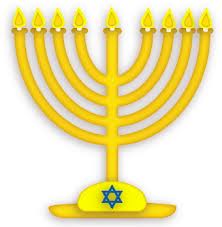 The official emblem of the State of Israel, the Menorah is a key Jewish emblem. The Torah relates how God Himself gave Moses instructions for building this holy seven-branched candelabra on Mount Sinai: “You shall make a menorah of pure gold…” (Exodus 25: 31-40)


The golden menorah was placed in the Mishkan, the very first Jewish house of worship. When Jews conquered Jerusalem and built the ancient Temple there, they moved the menorah to the Temple, where it was kept lit all the time. The holiday of Hanukkah commemorates re-lighting this precious candelabra after it was desecrated by occupying Greek soldiers and Jewish soldiers recaptured and restored the Temple in the year 139 BCE.


111 years later, in 70 CE, Roman soldiers, led by Titus, sacked the Temple and took the beautiful Menorah with them back to Rome. To this day, the Arch of Titus stands in the center of Rome, depicting that day and showing the menorah being carted away.


The Arch of Titus 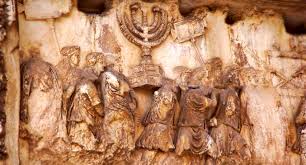 When the State of Israel was declared in 1948, the new country asked artists to submit ideas for a national symbol. Maxim and Gabriel Shamir were celebrated graphic designers. Born in Latvia, they each studied art in Germany before moving to the Land of Israel in the 1920s and establishing a popular graphic design studio in Tel Aviv. They suggested the emblem that is familiar to millions of Israelis today for the national seal: a modern rendering of the ancient menorah.


Priestly Blessing Hands
This distinctive two handed symbol is sometimes found on tombstones of Jews who were members of the Cohen priestly clan, descendants of the Cohanim who were descended from Moses’ brother Aaron, and who served in the ancient Temple in Jerusalem. It reflects the unique hand positioning used by Cohens both in ancient times and today when they recite key beautiful blessings on the Jewish people.

Cohanim continue to bless the congregation in synagogues around the world, just as their ancestors thousands of years ago did in the holy Temple in Jerusalem. Making this ancient sign with their hands, they bless the congregation using the very same words that God told Aaron to recite soon after the Jewish people’s departure from slavery in Egypt: “May God bless you and safeguard you. May God illuminate His countenance for you and be gracious to you. May God lift His countenance to you and establish peace for you” (Numbers 6:22-26).


Since it’s customary to refrain from making this hand symbol unless one is a Cohen and actively reciting the Cohens’ blessing, this ancient Jewish symbol has remained rarely used, and is mostly seen on Jewish tombstones and in books.


Leonard Nimoy, who played Spock in Star Trek, took this gesture and used it for the Vulcan salute.

This depiction of a single hand has many names: Hamsa (from the Arabic word for “five”); Yad (the Hebrew word for hand); Hand of Miriam; and Hand of Fatima. Hamsas have been popular throughout the Arab world since the Middle Ages. Though it’s primarily seen as a Muslim symbol, hamsas have also been embraced by Sephardi Jewish communities and today are a popular symbol for Jews and others worldwide. Some hamsas today contain pictures of eyes to ward off the “evil eye”. Some say hamsas bring luck or ward off the “evil eye”. This isn’t a Jewish world view, as the Torah cautions us against believing in lucky talismans or omens, and explains we ought to place our faith in God instead.


The symbol of Israel’s Ministry of Tourism is a stylized depiction of two men carrying a bunch of grapes that is so large they have to use a pole with one man holding up each end to transport it.


This picture depicts the famous Biblical story of The Ten Spies. After God brought the Jewish people out of Egypt He led them to the borders of the Land of Israel, the Jews asked for permission to scout out the country. Twelve men slipped into Israel and were amazed at what they saw: pomegranates, figs, grapes and other delicious fruit grew throughout the area. They brought back an enormous cluster of grapes to show their brethren. Ten of the spies in the end brought back an evil report, showing the grapes as proof of giants living in the land, whereas and Joshua and Caleb, the other two spies, brought back a positive report.


The official crest of the city of Jerusalem is a lion pictured against a background of the stones of the Western Wall, surrounded by stylized olive leaves, representing peace. It refers to the tribe of Judah, one of the twelve ancient Jewish tribes.


When our Biblical patriarch Jacob was about to die, he bestowed one final blessing on each of his twelve sons who founded the twelve tribes of the nation of Israel. When Jacob blessed Judah, he compared him to a lion and said that one day his descendants would be among the most prominent Jews: “A lion cub is Judah; from the prey, my son, you elevated yourself. He crouches, lies down like a lion, and like an awesome lion, who dares rouse him? The scepter shall not depart from Judah nor a scholar from among his descendants” (Genesis 49:8-10).


After the reign of King Solomon in the 10th Century BCE, the ten northern tribes split off from the nation of Israel and were eventually lost. Only the tribes of Judah and Benjamin remained and were known in later antiquity as the kingdom of Judea. The area of the tribe of Judah encompassed Jerusalem, which was its capital, making the image of the Lion of Judah a particularly fitting emblem for the city of Jerusalem today.


Chai means “life” in Hebrew. This uplifting word is often found in Jewish jewelry and other Judaica objects, affirming one of the most important values in the Jewish religion: preserving and celebrating life. A common toast on Jewish occasions is L’Chaim, meaning “to life!”


Spelled with the Hebrew letters chet and yud, the word chai has the numerical value of 18 (Chet=8, yud=10). Because of this it’s common for Jews to give gifts or donate to charity in amounts that are multiples of 18. 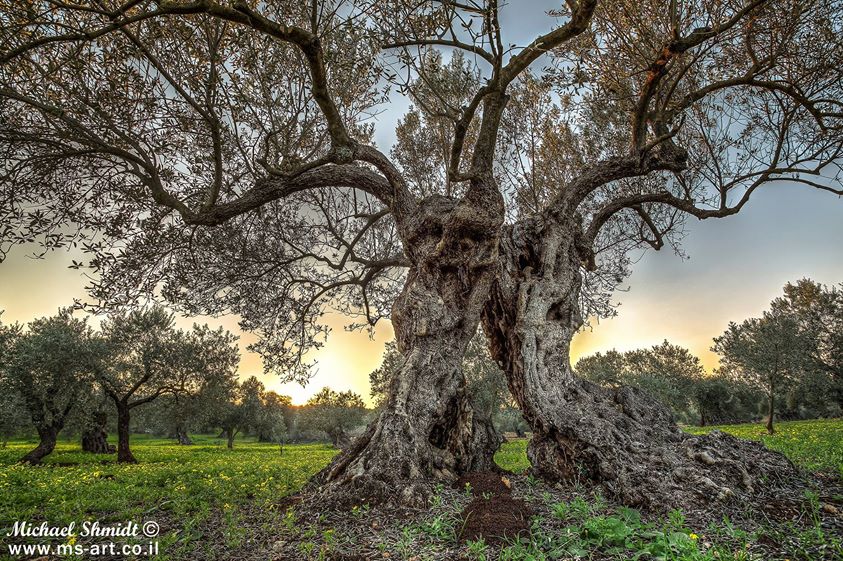 The Torah and its commandments are compared with a “Tree of Life”. King Solomon wrote “It is a tree of life to those who grasp it, and its supporters are praiseworthy” (Proverbs 3:18). The term is first used in Genesis when God tells Adam and Eve that they can eat from any fruits in the Garden of Eden, with two exceptions: the Tree of Life, and the Tree of Knowledge of Good and Evil. Seduced by the evil snake, Adam and Eve broke this command and ate fruit from the Tree of Knowledge of Good and Evil. (The Tree of Life remained untouched.)


In later works, the Tree of Life is used as a metaphor for the Torah. The famous 16th Century book Etz Chaim by Israeli Rabbi Chaim ben Joseph Vital is a classic work of Jewish mysticism and expounds on the relationship between the spiritual and material worlds. 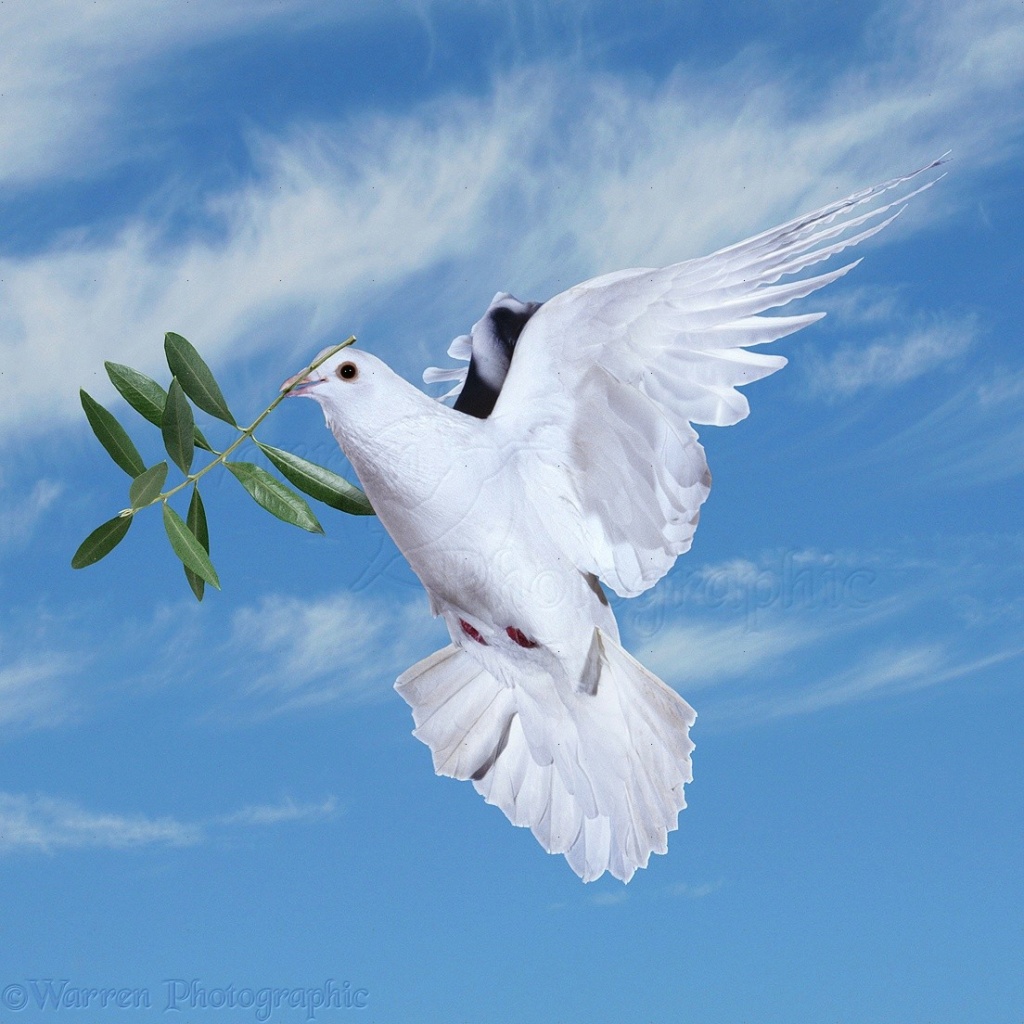 In Genesis, the Torah describes a mighty flood that covered the entire Earth, wiping out almost all life. The only people and animals to survive were those saved by Noah, who built a mighty ark and gathered together his wife, his sons, daughters in law, and pairs of every type of animal into the ark with him. For forty days and nights a horrendous storm flooded the earth; when it was over not a single spot of land or piece of vegetation was visible.


One can only imagine the misery and despair Noah and the others with him on the ark felt. He tried to find land, sending out a raven to see if the bird could see a place to land and rest. The raven circled in vain around the ship, never finding land. Noah waited another week then sent out a dove to find a place to rest and food to eat: the dove could not and returned to the ark empty handed. Finally, Noah waited another week and sent out the dove again to scout the land for vegetation. This time, the dove returned with a piece of an olive tree in its beak. At last, the earth was habitable once again (Genesis 8).


The image of a dove holding an olive branch in its beak recalls this moment of profound hope and joy, when Noah realized his many long months of living in a dark cramped ark were behind him and life could begin again.