What Does ‘Eye for an Eye’ Really Mean?

What Does ‘Eye for an Eye’ Really Mean? 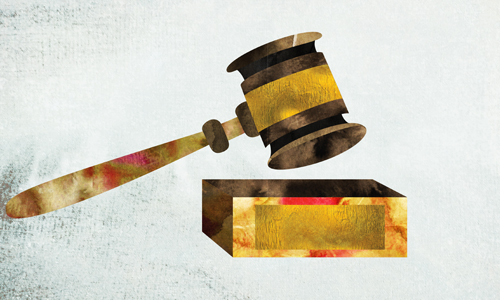 What Does ‘Eye for an Eye’ Really Mean?
By Yehuda Shurpin

The phrase “an eye for an eye” is found in a number of places in the Bible.1 Does this mean that we actually poke out the eye of an eye-poker? Contrary to what some would like to claim, this phrase was never understood or applied in the literal sense. Rather, according to the Oral Torah, this is a directive for monetary compensation to the injured party, as evidenced by the Targum's translation of the phrase.2

The Talmud3 and biblical commentators4 demonstrate that these verses aren’t meant to be read literally. For example, what if the perpetrator is himself blind—how are we meant to fulfill the injunction “an eye for an eye”? What if one of the parties had only one functioning eye before the incident? Or the victim’s eye was only damaged to a third of his previous vision, but he can still somewhat see?

We can also deduce the meaning of the verses from the context. As Maimonides puts it:

Furthermore, regarding an instance when one kills another, the Torah makes a point of telling us that one cannot give restitution for a life that was taken, implying that in other cases we do give monetary compensation.7

But even without these logical deductions, the meaning of this phrase is known to us through tradition. As Maimonides concludes:

Although these interpretations are obvious from the study of the Written Law, and they are explicitly mentioned in the Oral Tradition transmitted by Moses from Mount Sinai, they are all regarded as halachot from Moses (i.e. oral tradition going back to Sinai). This is what our ancestors saw in the court of Joshua and in the court of Samuel of Ramah, and in every single Jewish court that has functioned from the days of Moses our teacher until the present age.8

In short, this is a figure of speech and is clearly not meant to be taken literally, just as in the English language, if you tell someone to take a bath, it doesn’t mean you want the person to rip out the plumbing and carry the tub somewhere. Nor when you say “We gave the other team a beating!” does it mean that you will find the other team bruised and bloody in the emergency ward. So too, “an eye for an eye” is not talking about eyeballs; it is merely an idiom that refers to equitable monetary compensation.

Punishments of the Torah
“An eye for an eye” may be an idiom, but the Torah always uses precise language, so why use this particular phrase? There is a purposeful subtext here:
https://www.chabad.org/library/article_cdo/aid/479511/jewish/What-Does-Eye-for-an-Eye-Really-Mean.htm#utm_medium=email&utm_source=1_chabad.org_magazine_en&utm_campaign=en&utm_content=content