Biblical facts that science later proved to be true

Biblical facts that science later proved to be true 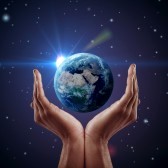 5 biblical facts that science later proved to be true
Aug 2015
For the last few centuries, Science and the Bible have often been at odds. On the face of it they are two different sides, both fighting to prove their supremacy. But whilst science is always changing and disproving various theories, the Bible and its facts have remained the same. Below we look at five biblical facts that science later agreed with.
The earth is round
It would be wrong not to start with this one. For years it was generally understood that the world was flat. The common thought was that eventually there would be a point where you would get to the end of the earth and fall off! Whilst some of the great early thinkers held this view, you only need to look to the Bible where it states God ‘sits enthroned above the circle of the earth’ (Isaiah 42:20) and that ‘He has inscribed a circle on the surface of the waters at the boundary of light and darkness’ (Job 26:10), revealing the truth well before Eratosthenes presented the idea that the earth was in fact spherical in 240 BC.


The air has weight
MORE
https://www.youthandchildrens.work/Youth-Work/Read/Youthwork-blog/5-biblical-facts-that-science-later-proved-to-be-true?fbclid=IwAR3GIiBsW6fke9t8os_f6aBto0LITlknWen103m4CDYhiyqEGDL_PugD3DY