» How to Get Out of a Spiritual Slump

» The secret of the Jews that will blow your mind 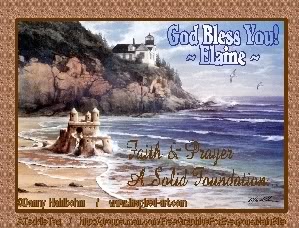 It bring to mind of the scripture parable THE HOUSE BUILT ON SINKING SAND
There were once two men, and each needed to build a house.
The first man was foolish, and chose to build on sandy soil where it was easy to access and easy to dig the foundations. In a few short weeks he was almost finished.
The second man was wise, and chose to build his house on a rocky hill, where it was very hard to access and to dig the foundation. He spent many months building his house.
As time passed a huge storm broke upon the houses of these men. After much rain, a flood swept through the valley and the man's house that was built on the sand was swept away. But the second man who had built on the rocky hill was safe. No matter how hard it rained or how fierce the floods were his house remained solid and immovable.

Let's ask ourselves the question. What's the foundation of our life? Are we like the foolish man, are our lives built on sand?

The story above is from the Matthew 7:24-27 where the Bible says:
Where do we turn to?
PRAY
Father God of Abraham, Isaac and Jacob, we call upon you to intervene, protect and provide for the millions of Americans affected by hurricane Sandy. We humbly ask that you comfort those who mourn for their loved ones who are injured or who have lost their lives because of this devastation. May Your mercy and grace bring needed consolation to America as they recover from this mass destruction.
We give praise and thanks to You Lord, for it is You, the God of all grace and mercy, who will ultimately bring healing, restoration and encouragement to those seeking to rebuild their lives. Amen