10 Things Even Non-Believers Can Learn From Jesus

10 Things Even Non-Believers Can Learn From Jesus 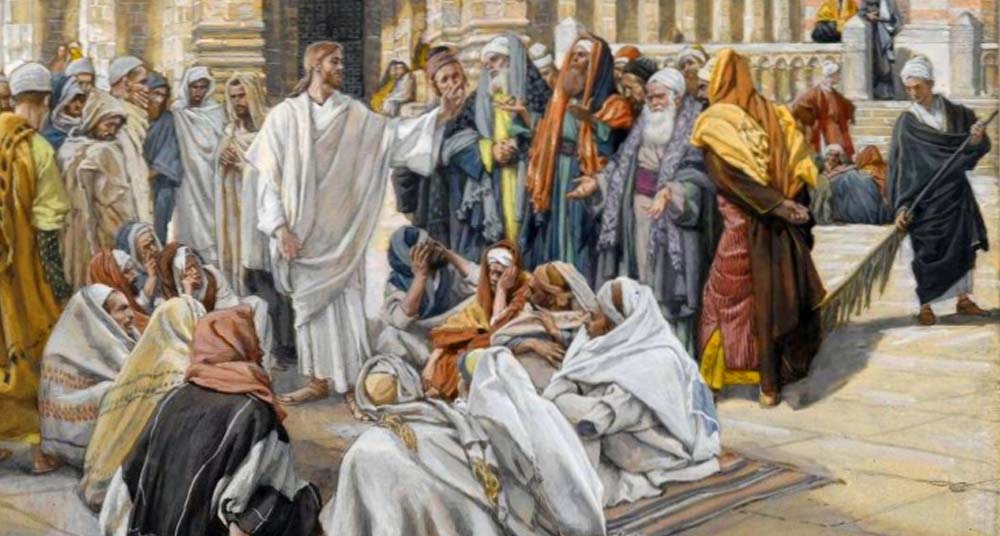 10 Things Even Non-Believers Can Learn From Jesus
Scott Savage
Pastor and Writer
10 Things Even Non-Believers Can Learn From Jesus
Jesus Christ is one of the most significant figures in human history, regardless of your belief about his divinity and humanity. Billions of Christians across the last two millennia have worshiped Jesus as fully God and fully man, the Savior of mankind. Yet, Jesus remains an admired figure, even by those of other faiths, and those who consider themselves agnostic.

Jesus is known to have changed the course of human history as Messiah and Savior of the World, but his impact as a teacher, leader, and cultural revolutionary also can’t be denied.

Here are 10 things even a non-believer can learn from Jesus.

10 Things Even Non-Believers Can Learn From Jesus
Jesus Christ is one of the most significant figures in human history, regardless of your belief about his divinity and humanity. Billions of Christians across the last two millennia have worshiped Jesus as fully God and fully man, the Savior of mankind. Yet, Jesus remains an admired figure, even by those of other faiths, and those who consider themselves agnostic.
Jesus is known to have changed the course of human history as Messiah and Savior of the World, but his impact as a teacher, leader, and cultural revolutionary also can’t be denied.

Here are 10 things even a non-believer can learn from Jesus.

1. To care for others, you have to care for yourself.

Jesus taught his followers to “love their neighbor as themselves.” Most of us consider loving others to be an important ambition. Yet, Jesus teaches that loving ourselves is a key component to loving others. It’s not a selfish love, however. It’s one where we keep others in mind, motivated by the desire to serve them better. Burning out in the service of others prevents us from continuing to help anyone. As author Mike Foster notes, “self-care isn’t selfish; it’s strategic."

Note how Jesus would regularly withdraw from the crowds to go alone and spend time with the Father (Luke 5:16). He knew that in order to serve others, he needed to care for his own soul too.


2. When you’re making a difference, other people will oppose you.

Jesus was opposed from the very first time he began preaching publicly (Luke 4:14-28). When we’re young and naive, we experience shock when someone opposes our seemingly good and helpful contribution. But, wherever and whatever our difference-making work is, someone won’t like our goal or feel threatened by that outcome. Jesus teaches us that doing the right thing isn’t always the popular thing. We ought to expect opposition to the change we want to make in the world.


3. It’s normal to question the loyalty of those around you.

When the crowds abandoned Jesus after he shared a challenging teaching, he asked his disciples if they were going to leave, too.  In a very human moment, Jesus questioned the loyalty of those who were closest to him. Some might think that since Jesus already knew what was in their hearts, He must have been asking for their sake. But I believe this was one of Jesus’ truly human moments. We’ve all had moments where we felt increasingly isolated or even betrayed by those around us. Jesus shows us it’s normal to have these feelings and it is so encouraging when our closest friends stick by us, even as other abandon us.


4. You don’t have to lead for a long time to make a long-term impact.
Slide 4 of 10
Jesus’ public life lasted only three years. Within the four biblical books which record the life and teaching of Jesus, his ministry life begins at age 30 and ends at age 33. Those 3 years are still the subject of extensive study and extreme devotion 2,000 years later. While it’s hard to judge time in our modern world, biased to the present and driven by a 24-hours news cycle, Jesus reminds us that long-term impact can be had in a short-time. Don’t discount any moment in your life as insignificant.

The first thing Jesus does after being tempted by Satan, according to his biographer named Mark, is to begin gathering those who would one day become his inner circle of 12 disciples (Mark 1:12-20) These 12 would travel with him, eat with him, and share every moment of the next 3 years with Jesus. It’s like Jesus knew even he couldn’t do life on his own. Before he decided where he wanted to go, he decided who he wanted to go there with. We need a band of brothers, a tribe of friends who do life with us - to celebrate the good times and endure the hard seasons.

6. Success is when you draw people who are nothing like you.

It’s easy to get the people who are exactly like you to enjoy you. But it’s something else entirely to be liked, respected and admired by those with whom you share little in common. Yet, Jesus seems to be most liked by those who were least like him. The followers of this Jewish rabbi included a formerly demon-possessed woman, a tax collector for the Romans, the wife of Herod’s household manager (whose boss murdered Jesus’ cousin and wanted to kill him too), and woman who was divorced five times and living with a sixth man outside of marriage. The ability to build bridges like this is an ability all of us can learn from and admire.


7. Having conversations with those who believe differently can change their life (and yours).

Jesus talked with a woman at a well who he shared little in common with (John 4). Their conversation violated social conventions and defied a common racism between their peoples. Their ancestors were once united but now live divided over the place where they worshiped God. When Jesus spoke to this woman, she returned to her village inviting everyone to meet this man who “told [her] everything about [herself].”

8. Your family may not get you and what you’re doing.

Jesus performed his first miracle after initially opposing his mother’s request (John 2:1-12). He later refused his family’s request to leave the building he was in due to his family’s unexpected visit (Matthew 12:46-50). And let’s not forget the moment when adolescent Jesus snuck off from his parents to debate and dialogue with Jewish rabbis and teachers (Luke 2:41-52).  His parents never understood him and his brother James did not believe in him until after his death. So, the next time your family doesn’t get you or what you’re about, remember that Jesus experienced this as well.


9. Your legacy is determined by what people do when you’re gone.

Whether you believe Jesus is who his followers say he was, you must consider the explosion of the Christian faith to be a remarkable feat carried out by his disciples. While we often convince ourselves that our legacy is determined by what we do, our legacy is truly determined by what others do. Jesus’ life reminds us that we have great influence on how others will live when we’re gone. We can’t measure our legacy with a self-centric perspective. It’s not about what we accomplish, but how our accomplishments touch and change others’ lives. And what they accomplish, even after we’re no longer with them.

Jesus taught in parables, short stories intended to communicate a truth. Today, we share stories through podcasts, movies, books, and songs. Stories change lives and, when told well, can move people’s emotions and influence their decisions. The stories Jesus told are still being repeated today, from the Prodigal Son to the Good Samaritan. As many have said, whoever tells the best stories wins. Jesus changed the world as a storyteller and you can too!

Scott Savage is a pastor, writer, and Hope Dealer. He is married to Danalyn, an attorney, and they live with their three little Savages near Prescott, Arizona. Scott is a frequent contributor for RELEVANTMagazine.com and the author of The Hope Manifesto.