» MISC NEWS AROUND THE WORLD

WHY BETHLEHEM OF ALL PLACES?

WHY BETHLEHEM OF ALL PLACES? 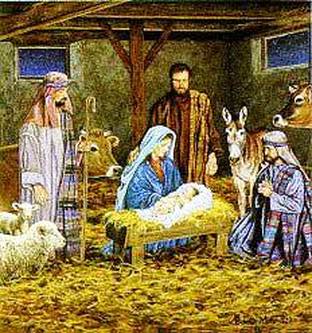 WHY BETHLEHEM OF ALL PLACES?
I've been to Bethlehem. It's fairly indistinguishable from many other Judean towns, except for the Church of the Nativity built over the traditional site of Jesus' birth. Bethlehem is located on a ridge some 2500 feet above sea level, and five or six miles southwest of Jerusalem. Why, with all the grand locations in the world to choose from, did God choose for His Son to be born in Bethlehem? I can think of three good reasons.
1) TO FULFILL PROPHECY

Seven hundred years earlier the prophet Micah quoted God: "As for you, Bethlehem Ephrathah... from you One will go forth from Me to be ruler in Israel, His goings forth are from long ago, from days of eternity."

Now, some Messianic prophecies are cryptic - they are identified and understood only after the event has occurred. Psalm 22 and Isaiah 53 must have perplexed readers for hundreds of years as to their meaning. Only after the Savior went to the cross did the followers of Jesus realize how the first seems to be the thoughts of the Lord on the cross, and the second an eyewitness description of that event. God placed such prophecies in the Bible so that when they happened, His people would be comforted to know He had planned it from the beginning.

However, Micah 5:2 stands out there in the open. God wanted everyone to know the Savior would be arriving in Bethlehem. And everyone did know, at least those familiar with the Scriptures. When the magi arrived in Jerusalem asking at every street corner where the newborn King could be found, word filtered up to King Herod in the palace and he called in his advisors. "In Bethlehem", they all agreed, quoting Micah 5:2.

God keeps His word; Jesus was born in Bethlehem.

2) TO IDENTIFY WITH DAVID

The Messiah would be a Son of David and sit on the throne of David. Old Testament prophecies emphasized both points again and again. Since both Mary and Joseph were of the lineage of David, Jesus was doubly covered. When the census of Luke 2:1 called everyone to his ancestral home, they made the journey of a hundred miles south to Bethlehem.

Bethlehem was where Ruth lived and where she gleaned the fields behind Boaz' harvesters. Boaz spotted the lovely young widow and the rest, as they say, is history. Their son Obed became the father of Jesse, who raised a large family of sons and daughters, the youngest son being David. Thereafter, Bethlehem would forever be known as the city of David. Even the angels called it that. "Unto you is born this day in the city of David a Savior," they said to the shepherds. Doubtless many of the psalms of David which God's people have loved and sung for thirty centuries were inspired by time spent in the same fields and meadows where the shepherds met the angels that wondrous night.

One day as the Lord and His entourage were approaching Jericho, a blind beggar sitting beside the gate began to call out to Him. "Jesus, Son of David, have mercy on me!" Again and again, he repeated that refrain. When our Lord came within earshot, He had the man brought to Him and restored his sight.

The son of God is the Son of David! Jesus was born in Bethlehem.

3) TO MAKE A CONNECTION

Bethlehem in the Hebrew means "House of Bread" (Today, the Jews call it "Beit Lahm", meaning "house of meat".) What more fitting place for One to be born who would be known as the Bread of Life.

One day, the Lord Jesus fed thousands of people with the lunch of a child. Soon afterward, He taught the people the meaning of the miracle. "There is a bread that endures to eternal life," He said. He Himself was the living and true Bread from Heaven, "which a man may eat and live forever." (John 6)

Isaiah asked the people of God in his day: �Why do you spend your money for that which is not bread? (Isa. 55:2) That is to say, why are you working and worrying and spending your life for things that do not nourish you, do not strengthen you, and do not satisfy you? A good question for our day, also.

Jesus is the fulfillment of prophecies given hundreds of years earlier. Jesus Christ is the Son of David, born in the City of David. Jesus is the Bread of Life, born in the House of Bread.
How much plainer can God make it? Jesus is Lord!!!

…..The Daily Encourager by way of “Christian Voices” (christianvoices@att.net)