The Holy Week - What is the Significance of The 8 Days of Easter?

The Holy Week - What is the Significance of The 8 Days of Easter? 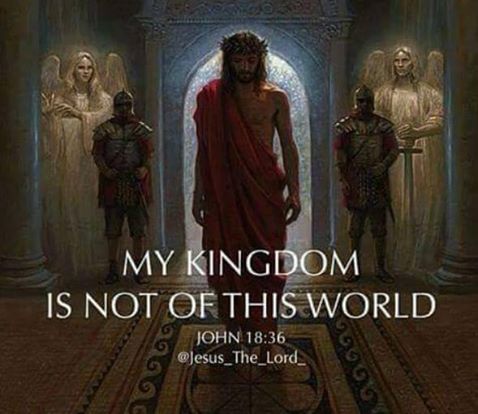 When we celebrate Christmas there is a merrier tone, but when we celebrate Easter (though we should be glad in our hearts) there should be a more serious tone. We need to understand the cost of our happiness and the great sacrifice that made it possible.

Following is the Holy Week, the eight days of Easter, explained in more detail. This will hopefully help your observance of Easter be more meaningful this year.

Many churches celebrate Palm Sunday, which is the Sunday before Easter; maybe your church had children waving palm branches to help them connect to the story. But while this is a triumphal entry, it is also Jesus’ first step toward His death.
Matthew 21:4 tells us:

“This took place to fulfill what was spoken by the prophet, saying, "Say to the daughter of Zion, 'Behold, your king is coming to you, humble, and mounted on a donkey, and on a colt, the foal of a beast of burden.'"  *The prophecy is cited from Zechariah 9:9 and Isaiah 62:11.
Ramsey writes,

“When Jesus rode into Jerusalem perched on a colt, it was the first time since raising Lazarus from the dead that he’d shown his face in the city.”

Jesus had become somewhat of a celebrity among people who had heard of the miraculous raising of Lazarus from the dead, and they wanted to see Him and treat Him like a king. But Jesus wasn’t arriving to be their king on account of Lazarus; the story of Lazarus would have had the religious leaders in even more of an uproar and determined to put an end to His life, which He knew . . . Jesus’ glory would be greater than that of a local king.
Day 2: The Monday before Easter - Turning the Tables
The events for the Monday before Easter are recorded in Matthew 21:12-22, Mark 11:12-19, and Luke 19:45-48.

Ramsey describes Jerusalem as a beehive, and the triumphal entry was like hitting that angry hive with a stick. If some of the people weren��t angry enough at Jesus’ entry to the city, He would now declare to them their failure to live up to God’s covenant with them. But Jesus was already a marked man as Ramsey remarks.

This is the Monday when Jesus entered the temples and drove out all those who bought and sold things there. Matthew tells us that even upon seeing the wondrous things Jesus did and hearing the children cry out “Hosanna to the Son of David!” the chief priests and scribes were indignant. Their hearts and minds were made up about this man whom they considered the biggest nuisance to ever enter Jerusalem.
But Jesus responds to His disciples’ awe with Scripture from Psalm 8:2,

"...'have you never read,' 'Out of the mouth of infants and nursing babies you have prepared praise'?" –Matthew 21:16

Ramsey summarizes, “Much of what the Gospels tell us about Monday centers on the theme of Jesus’s authority—both over the created world and his right to judge it.” Jesus is fulfilling all of the Scriptures; He is the one with the authority in this situation not the religious leaders.
Day 3: The Tuesday before Easter - Teaching in the Temple

Jesus spent Tuesday teaching God’s Word in the temple to all who would listen; “But Tuesday afternoon is the last time Jesus publicly teaches in the temple as a free man. His words on this day are his closing argument, his manifesto,” writes Ramsey.

In Matthew 26:1-5 Jesus tells His disciples:

"You know that after two days the Passover is coming, and the Son of Man will be delivered up to be crucified." Then the chief priests and the elders of the people gathered in the palace of the high priest, whose name was Caiaphas, and plotted together in order to arrest Jesus by stealth and kill him. But they said, "Not during the feast, lest there be an uproar among the people."

On Wednesday Jesus rested; He allowed a woman to pour expensive ointment on His head. When His disciples exclaimed at the price of the oil and what they considered a waste, Jesus responded,

“For you always have the poor with you, and whenever you want, you can do good for them. But you will not always have me. She has done what she could; she has anointed my body beforehand for burial.” -Mark 14:7-8
The Gospel Transformation Bible notes, “The woman’s extravagant generosity in pouring out her ‘very expensive ointment’ on Jesus stands in stark contrast to the greed that drove Judas to betray Jesus for thirty pieces of silver. The condition of one’s heart will reveal itself in one’s actions.”

Maundy Thursday covers the washing of the disciples’ feet, the announcement of Jesus' coming betrayal, the Passover meal, prayer at the Mount of Olives, and ultimately His arrest in Gethsemane. As Ramsey comments, Jesus isn’t just there to pray at the Mount of Olives . . . He is there to wait. He knows what’s coming, He has been waiting for it, and He is ready to fulfill His promise.

Today is the day Jesus was delivered over to Pilate the governor of Judaea. When Pilate asked Jesus if He was King of the Jews, He responded that Pilate had said so. Still, Pilate believed Jesus had done nothing deserving of death and tried to free Him by asking the people which prisoner they wanted released (as was custom)—but the people shouted Barabbas.

Even at the urging of his wife not to harm this man because of a dream she had, Pilate continued on in the death proceedings. Jesus was beaten, mocked, and crucified—but there was something different about His death.

“And Jesus uttered a loud cry and breathed his last. And the curtain of the temple was torn in two, from top to bottom. And when the centurion, who stood facing him, saw that in this way he breathed his last, he said, 'Truly this man was the Son of God!'”

“Never before or since has more been lost and gained at the same time. The world gained the atoning sacrifice of Christ. But for those present, either the significance of the moment is lost on them or their hearts break as the One they thought to be the Savior of the world dies at the hands of Rome. They can’t stop it, and they don’t realize it’s for them. They hoped in him, and though he’d told them he would suffer many things and rise three days later (Mark 8:31), how could they have possibly known this was what he meant?“

“The next day, that is, after the day of Preparation, the chief priests and the Pharisees gathered before Pilate and said, "Sir, we remember how that impostor said, while he was still alive, 'After three days I will rise. 'Therefore order the tomb to be made secure until the third day, lest his disciples go and steal him away and tell the people, 'He has risen from the dead,' and the last fraud will be worse than the first." Pilate said to them, "You have a guard of soldiers. Go, make it as secure as you can." So they went and made the tomb secure by sealing the stone and setting a guard.”

Less is written about this day in Scripture than any other day in Holy Week, but this is the only full day where Jesus’ body lay buried. As Ramsey writes, the chief priests may have scoffed at Jesus’ prophecy but they did not forget it. The religious leaders were paranoid that something might happen still, which is why they asked for the extra security

Some of the women disciples went to the tomb to prepare Jesus’ body with burial spices and oils, but they found that the stone had been rolled away and the body was missing. Luke 24:4-8 tells us,

“While they were perplexed about this, behold, two men stood by them in dazzling apparel. And as they were frightened and bowed their faces to the ground, the men said to them, "Why do you seek the living among the dead? He is not here, but has risen. Remember how he told you, while he was still in Galilee, that the Son of Man must be delivered into the hands of sinful men and be crucified and on the third day rise." And they remembered his words, and returning from the tomb they told all these things to the eleven and to all the rest.”

He was not there. He is risen! But Jesus wasn’t a martyr for a cause as Ramsey explains, “No one took his life from him. He laid it down. For whom? For his flock, his people.” He continues,

“Easter says of Jesus, ‘He meant it! He meant to lay down his life for you. And as surely as he has taken it up again, he knows you and loves you.’”

The life, death, and resurrection of Jesus was not an accident, it was full of purpose for God’s glory and our salvation.

Reflect on these eight days of Easter during this year's Holy Week, and read the Scriptures prayerfully with purpose. Share this wonderful truth with your family and friends as you prepare for Easter.